
write for us
Copyright © 2021 TexCovery. All rights reserved.

Pakistan’s textile and clothing exports grew by 4.88 percent year-on-year to $6.04 billion between July to November

Pakistan’s textile and clothing exports grew by 4.88 percent year-on-year to $6.04 billion between July to November 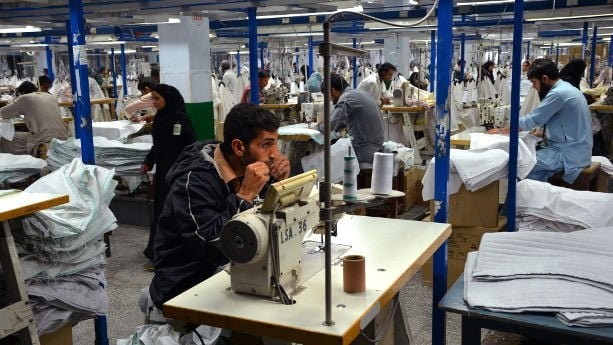 In the first month of the current fiscal year, exports recorded a robust increase of 14.4pc on a year-on-year basis. The rebound in exports of textile and clothing is the outcome of a series of incentives to support exporters to meet the challenges in the wake of the pandemic and disruption in supplies.

The demand for the country’s exports had collapsed in months following March due to the Covid-19 pandemic, while there has been a gradual improvement since June from international buyers.

Adviser to PM on Commerce in a tweet said that in November, the exports of cotton yarn declined by 25pc, raw leather by 21pc, and cotton fabric by 12.2pc. “This is an indication that exports of low value-added products are decreasing and we are moving towards more value-added exports”, he said while adding that “I urge our exporters to keep pursuing this policy.”

The PBS data showed that ready-made garment exports edged up by 4.36pc in value while plunging in quantity by 44.64pc during July to November this year from a year ago.

Textile machinery imports dropped by 6.07pc during the first five months of the current fiscal year — a sign that no expansion or modernization projects were taken up by the industry in the given period.