This season has been quite favorable for the Indian farmers and trade persons, in getting good returns from their produce. As the world economy recovers from the severe 2020 downturn, India’s export prospects remain bright. Similarly, global cotton consumption is expected to grow in the forthcoming months.

Domestic trades are also increasing as requirements for cotton products (for health and hygiene purposes) are on rising. Demand from the clothing and textile industry is also improving. The Cotton Corporation of India (CCI) plans to export at least 10 lakh bales of cotton during the current season. There is continuous parity for selling overseas since Indian cotton remains underpriced versus its nearest competitor i.e. USA.

Another development from India’s cotton business perspective is that Pakistan may allow cotton import from India through the land route as prospects of the gradual restoration of bilateral trade ties have brightened, after the new ceasefire agreement along the Line of Control (LoC).

As per trade sources, Pakistan has so far imported roughly 688,305 metric tonnes of cotton and yarn but still there lies a deficit of about 3.5 million bales, which needs to be offset through imports. Importers from Pakistan were forced to purchase from the United States, Brazil, and Uzbekistan. Importing from India will be a cheaper option, and would reach Pakistan within three to four days only.

The USDA in its March report has estimated global cotton consumption to expand by 4.1 percent in 2021-22 seasons, substantially above the long-term average rate of 1.7 percent. This will be the second consecutive year when world consumption will exceed production.US cotton Consumption is expected to rise to 2.5 million bales, but still nearly 5 Lakhbales lower than 3 years prior. Exports from the US are expected to remain at 15.5 million bales. China’s 2021-22 imports are forecast at 11.0 million bales

Import demand is expected to be robust in China due to expected growth in yarn and fabric usage, coupled with lower production in the country. Overall, strong cotton consumption growth in 2021-22 and tightening stocks are expected to keep average prices on the higher side during the greater part of this year, in most of the world markets. Under the current scenario, it can be concluded that the cotton business in forthcoming weeks or months has a higher possibility to maintain stable Indian or world markets. 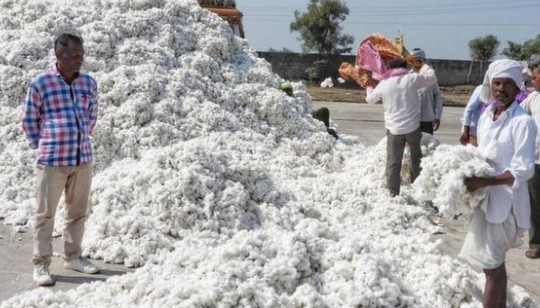