Its government might think the worst of the pandemic’s impact has passed, but Bangladesh’s ready-made garment industry needs continued support before it can achieve a new normal, Shahidur Rahman writes. 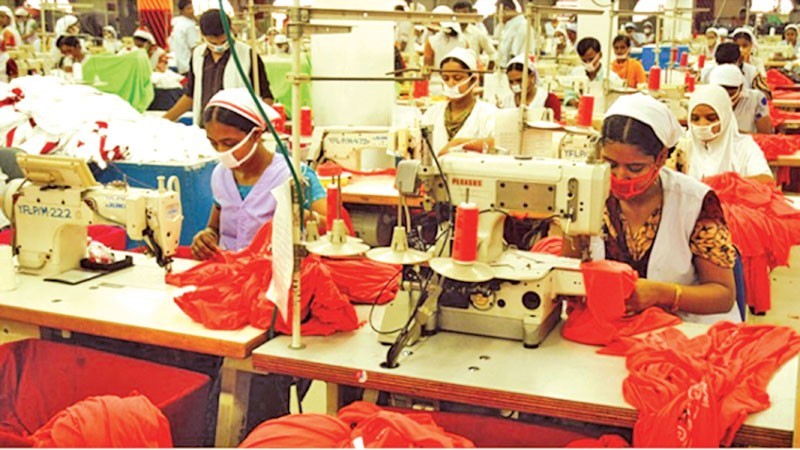 t’s been a year since the COVID-19 shattered Bangladesh’s export-oriented ready-made garment (RMG) industry, which employs around four million people and operates 4,500 factories.

When the pandemic hit, buyers began cancelling orders at a huge scale, and since then, the garment industry has been struggling to recover from COVID-19 related challenges.

According to the government figures, export earnings in April 2020 from the RMG industry crashed to $370 million, compared to $2.53 billion in the same month the previous year.

After three months, the situation changed, with exports rebounding to $3.24 billion in August 2020, then falling by nearly 10 per cent in December due to a second-wave shock. In all, the country wrapped up the year with an unprecedented overall fall in RMG exports of 17 per cent.

A study conducted by the Centre for Policy Dialogue and the Mapped in Bangladesh project provides a broad overview of how the sector has fared during the first year of the pandemic. According to the study, after enduring the most difficult months for business in April and May 2020, garment factory owners collaborated with the Bangladeshi government to formulate a contingency plan to resolve the crisis, which basically worked well for the next five to six months.

However, the second wave of COVID-19 in Europe and North America in the second half of 2020 then seriously slowed business, causing an oversupply. According to a McKinsey report, the value of unsold clothes in Western stores and warehouses ranges from $168 billion to $192 billion, and some major retailers have been forced into holding clearance sales to get rid of last year’s clothing.

At the start of the crisis, Bangladeshi garment factories faced order cancellation and non-payment by buyers using ‘force majeure’ clauses. But later in the year, suppliers got intermittent support from buyers, so in order to remain afloat, took smaller orders from April to September that barely covered the cost of production.

At the start of the chaos, large order cancellation was the biggest problem, but now general lack of demand and the fact that most orders are smaller with lower prices is the source of concern. Factories are also competing for the same orders, driving prices down further. Exporters do not expect the situation will stabilise for many months yet.

Despite the chaos, the industry – the success of which is one of the main reasons for the country’s change from Least Developed to Lower-Middle Income status – is resilient and entering recovery.

But how can it be helped along? According to the Centre for Policy Dialogue, 232 RMG factories were closed down, and 357,000 employees lost their jobs during the COVID-19 pandemic, and a crucial next step for policymakers is to investigate what assistance will help these people get back to work.

This will be no easy feat. It costs factories money to hire employees and provide them with appropriate work conditions, and if buyers continue to place smaller orders and suppliers compete for those orders, low prices may make it nearly impossible for suppliers to maintain the industry’s past stability.

Policymakers might hate to hear it and feel the worst has passed, but the industry still isn’t back on its feet, and its prosperity is key to alleviating poverty in the country.

The President of the Bangladesh Garment Manufacturers and Exporters Association has urged the government to extend the salary stimulus package it put in place when the pandemic broke out. While praising the government’s timely initiatives for economic recovery from the initial shocks of COVID-19, he highlighted the need to protect the industry from further waves of the pandemic.

That stimulus is an interest-free loan fund for the sole purpose of paying of wages and benefits to workers. In such a dire situation, the government deserves credit for this initiative.

After all, it has provided much-needed relief for suppliers, boosted their confidence, and stemmed the flow of job losses.

This makes sense for Bangladesh. After all, these businesses pay more than $400 million in wages every month to ordinary workers, and this money is keeping many of the industry’s millions of workers, along with their families, out of poverty.

However, how long the government will provide this option is unclear. By June 2020, 30 per cent of the population, or 50 million people, in Bangladesh were living in poverty, up from 20 per cent in 2019. A 2020 survey of employment prospects in Bangladesh show that between 1.1 and 1.7 million young people were made unemployed due to the pandemic, many of whom would have among the 357,000 jobs lost in the ready-made garment industry.

Clearly, there is a need for more action, even though resources are tight, as this is also all in the context of government rightly providing for the basic needs of the world’s largest refugee camp, which houses nearly one million Rohingya people, and its COVID-19 spending in other areas of the economy.

Given its limited resources, the government does face a difficult task in continuing to provide assistance. Still, if it hopes to see this industry, which is providing millions of its people wages, survive, let alone flourish, it simply must provide further assistance to help it recover from the impact of the global pandemic.